Hey everyone! For today’s post I decided to do yet again, ANOTHER BOOK TAG. No surprise there, huh. Well actually, I was talking with Emily over at WhoGaveTheWrite and she really wanted me to do a tag which was a super good idea! I was in the mood to blog but, didn’t want to write up a whole review for a book. Maybe tomorrow.

So in my search for a book tag to do, I came across the coffee book tag which is such a perfect tag! I have recently grown a slight obsession with coffee, so when I saw this I just knew I had to do it! This tag was originally created by BangadyBangz and I tag all of YOU to keep this tag going! Hope you enjoy.

BLACK: NAME A SERIES THAT’S TOUGH TO GET INTO BUT HAS HARDCORE FANS

I think I’m actually going to pick one of my favorite series of all-time for this one. The Throne of Glass series is highly raved by readers around the world but, I thought the first book in the series, Throne of Glass was terrible. Well not like super terrible. But the majority of the book stayed in the 2.5 – 3 star range, which isn’t too good on my scale. But the ending concluded the book so fiercely that I couldn’t help but end up giving it a better review. But although I didn’t fully enjoy the first book, the rest of the series is AMAZING! A serious must read for all!

PEPPERMINT MOCHA: NAME A BOOK/SERIES THAT GETS MORE POPULAR IN THE WINTER OR A FESTIVE TIME OF YEAR

HOT CHOCOLATE: WHAT IS YOUR FAVORITE CHILDRENS BOOK

I actually wasn’t a big reader when I was younger. I would read those short books that we would read in school, and every so often I would take books out of the library. But, I wasn’t one of those kids who grew up reading Harry Potter…..I’m still getting to those. But, two of my favorite series growing up were the Junie B. Jones books and The Magic Tree House series! The Junie B. Jones books were funny and witty short novels about a young girl named Junie B. Jones, where we basically followed her life. While on the other hand, The Magic Tree House books were children fantasy novels that followed two friends, Jack and Annie, as they travel through a tree house into fantasy worlds! I was addicted to both of those series as a kid, since I was very intimidated by big books with size 11 font then.

DOUBLE SHOT OF ESPRESSO: NAME A BOOK THAT KEPT YOU ON THE EDGE OF YOUR SEAT FROM START TO FINISH

There are literally soooooo many books I can choose for this. But, I think I’m going to choose Heir of Fire, the third installment of the Throne of Glass series. I was so in love with this novel and couldn’t wait to find out what would happen next as I flipped through the pages. Basically, this book takes place a little differently than the first two books. Instead of taking place in Adarlan, we got to venture to the fae island of Wendlyn! We got to meet so many new charcaters in this book too, including Rowan (aka Baeeeee) and Manon!

Who came up with this question. My life is all books so basically every corner I turn, I see a book. Hmmm, maybe that’s just because I carry books around everywhere. But a few books I’ve been seeing around recently are: Crooked Kingdom (and generally all of Leigh Bardugo’s books), The Star-Touched Queen, the ACOTAR series (when is this not popular?), and all of V. E. Schwab’s books. I’m not quite caught up in popular books/series 101 but, in all of that list, I’ve read one half of the ACOTAR series. But, I’m definitely getting to the rest!

THAT HIPSTER COFFEE SHOP: GIVE A BOOK BY AN INDIE AUTHOR A SHOUTOUT

This is super hard for me to answer because I don’t really read from indie authors. But, through bookstagram I have come to find a community of people who aspire to write books! One of which is Blaire Hammond who wrote The Enchantress, which I think is a high fantasy novel. I haven’t actually read it but, she was the first person who came to mind for this question so I thought I’d give her a shoutout! (P.S. she is published by someone but, not by a big publishing company) 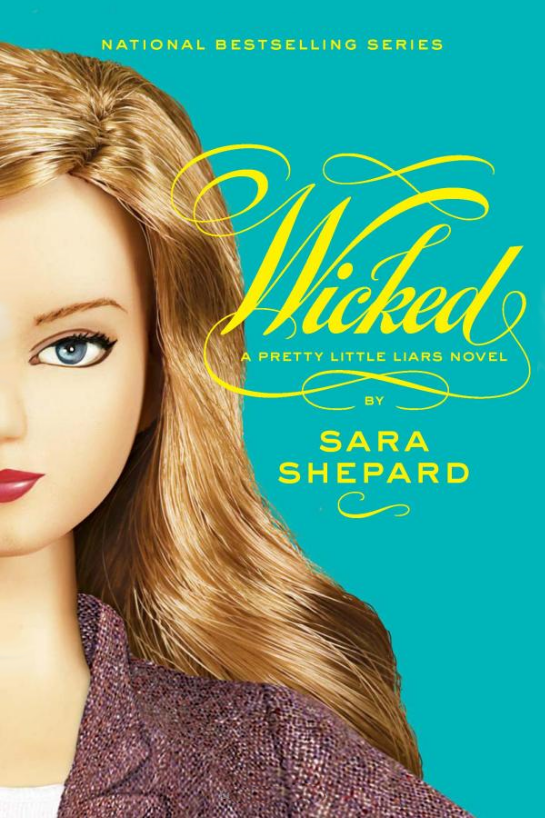 OOPS! I ACCIDENTALLY GOT DECAF: NAME A BOOK YOU WERE EXPECTING MORE FROM

One book that I was definitely expecting more from has to be Wicked by Sara Shepard. Back in 2015 when I started getting into YA, I was addicted to the Pretty Little Liars series. I used to read the books, and watch the TV show. And once I hit the fifth book, Wicked, I was so excited to see what was next in A’s huge plan. But, I was greatly disappointed with this novel. I think I ended up giving it 2.5 stars. Compared to the first four books in the series, this one was super boring. And since I read this book, I haven’t picked up any more books in the series.

THE PERFECT BLEND: NAME A BOOK OR SERIES THAT WAS BOTH BITTER AND SWEET, BUT ULTIMATELY SATISFYING

Everyone should know what I’m picking for this: Twilight. I am a TWIHARD for life! It was one of the first YA series that I completed and god was it satisfying. There were many parts in this series that I hated, and many parts that had the opposite effect on me. But, by the time you finish the big, fat beauty of Breaking Dawn, the most satisfying feeling ever. It’s not an ending like the Lux series or how I predict TOG #6 to end but, it is a happy and joyful ending that will satisfy you to the core!

I hope you all enjoyed this tag because it was so much fun to write. And also because coffee and books are such a perfect pairing. Who doesn’t love to sit in a coffee shop and read? I’m pretty sure that’s why big name bookstores started putting coffee shops inside their stores. Hahaha. Anyways, I hope you have a good day, and don’t forget to stay tuned for tomorrow’s Teaser Tuesday!

6 thoughts on “The Coffee Book Tag!”